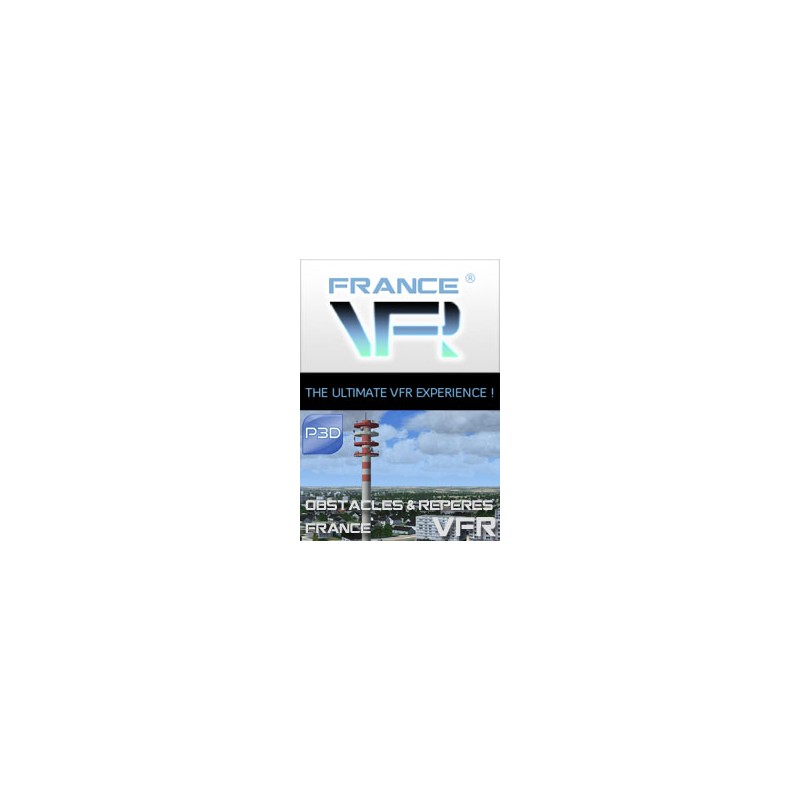 “Obstacles et benchmarks VFR - FRANCE” is a scenic complement for Lockheed Martin® Prepar3D® V4 which covers the whole of France and allows the addition of more than 500,000 objects to the decor, including almost all the obstacles officially listed by the SIA (Aeronautical Information Service), and which have been qualified and georeferenced.

More than 4,000 specific obstacles listed by the SIA including:

Detail of all the obstacles and markers included


“Obstacles et markers VFR - FRANCE” is compatible with all types of complements, landclass or photo. It must be positioned in the scene library above the “photo” and “landclass” scenes and below the local airport scenes or the photo scenes from the VFR Regional de France VFR® series.

“VFR - FRANCE obstacles and benchmarks” being built on geo-referenced data, we recommend the joint use of a high definition mesh such as France VFR® NEXTMesh France.

This product is also a perfect complement to our TRUElandscape - FRANCE landclass.