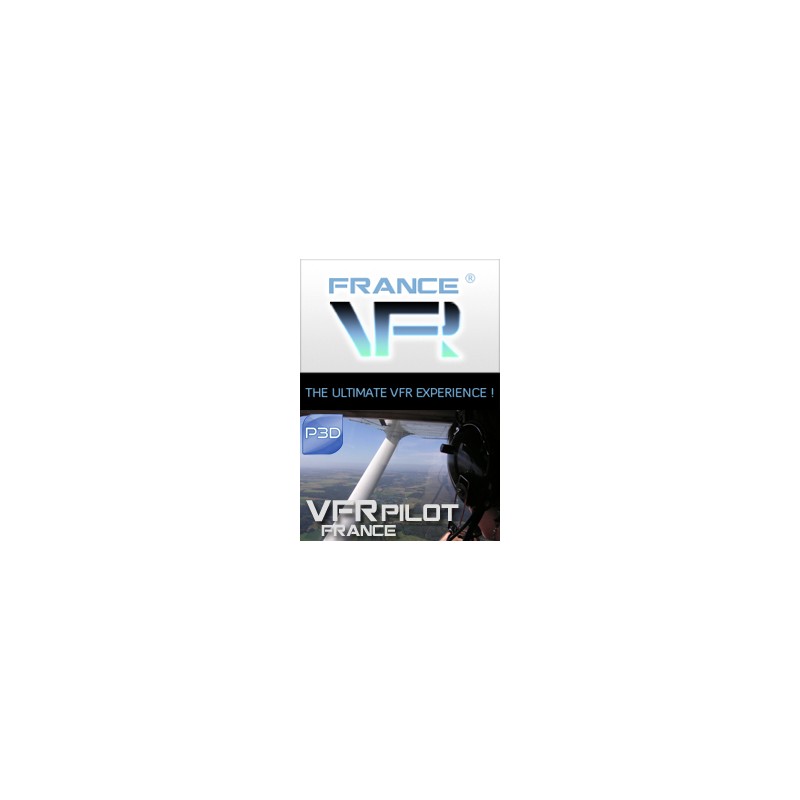 “VFR Pilot - FRANCE” is a scenic complement for Lockheed Martin® Prepar3D® which deals with the entire French territory by installing a new decor completely redefined and optimized to allow the practice of VFR flight in the best conditions. This product is made up of three add-ons, each a reference in their respective field:

The ambition of this product is to offer a simple, light and compact package which is a true reference in terms of VFR flight for simulated air navigation. The VFR pilot and a fortiori the simer will thus be able to work or reproduce his flights in a suitable environment incorporating the visual elements essential for VFR flight, in addition to the entire radionav infrastructure. It thus becomes possible to prepare navigations with relevant turning points, reporting points etc. and to carry them out in homogeneous and immersive conditions throughout the territory.


Obstacles and benchmarks VFR provides more than 4,000 specific obstacles listed by the SIA including:


And not specifically listed by the SIA: